Biking to West End Boat Club and back. Time is estimated. Took longer than G Maps suggested it would via bike, because, you know, slowing down to make sure I stay alive and all.

Getting in and out of S. Philly is challenging in terms of how to get over the Schuylkill River. There really isn't a "nice" way to do it that doesn't involve feeling like you might die just a little. We took the Passyunk Ave bridge on the way there, turns into Essington Ave, then Bartram Ave / 291 and Tinicum Island road to 2nd street. Then a quick and wonderful maiden voyage on Larke, and nice visit with Dad to freshen things up in between rides. 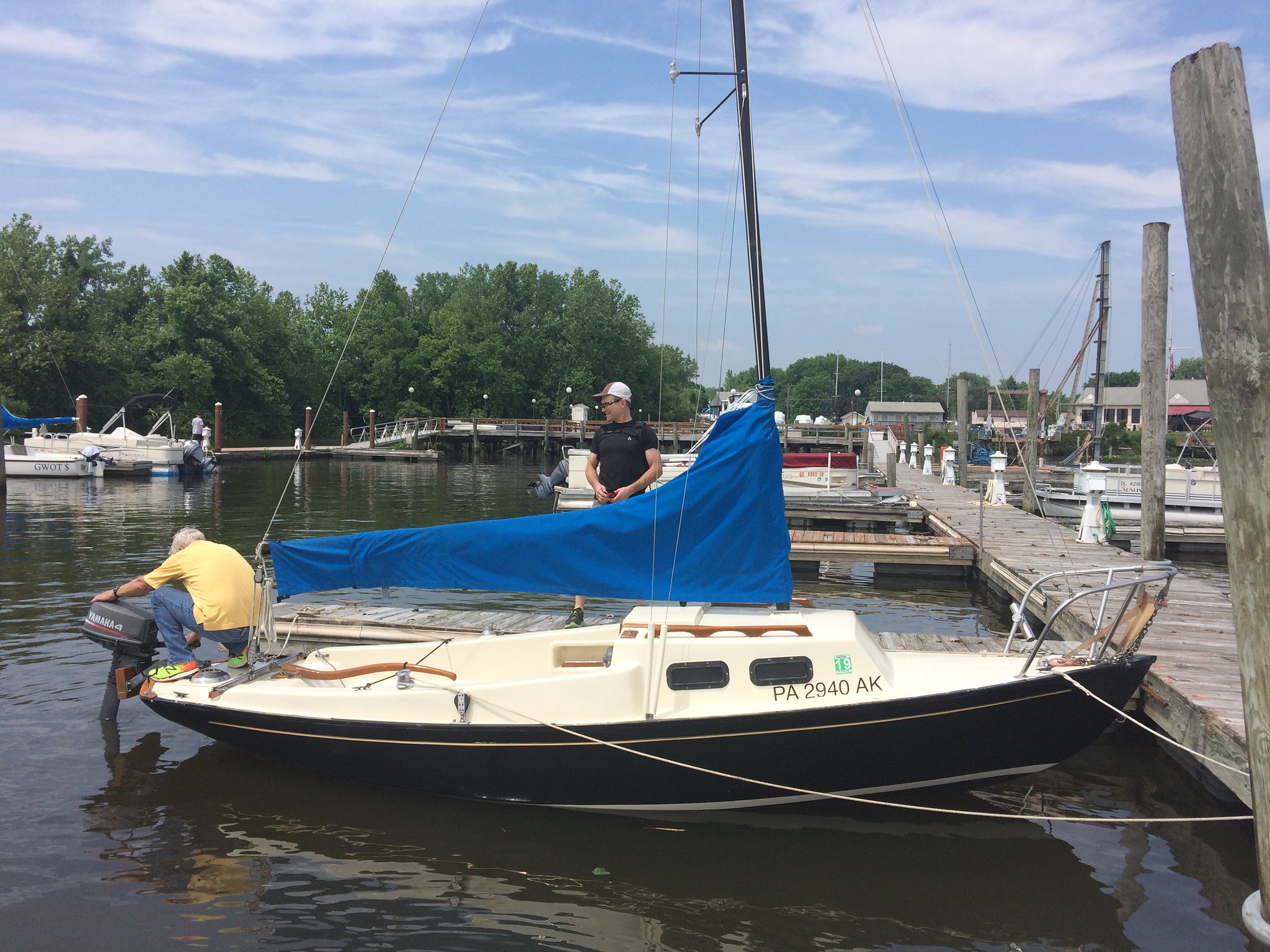 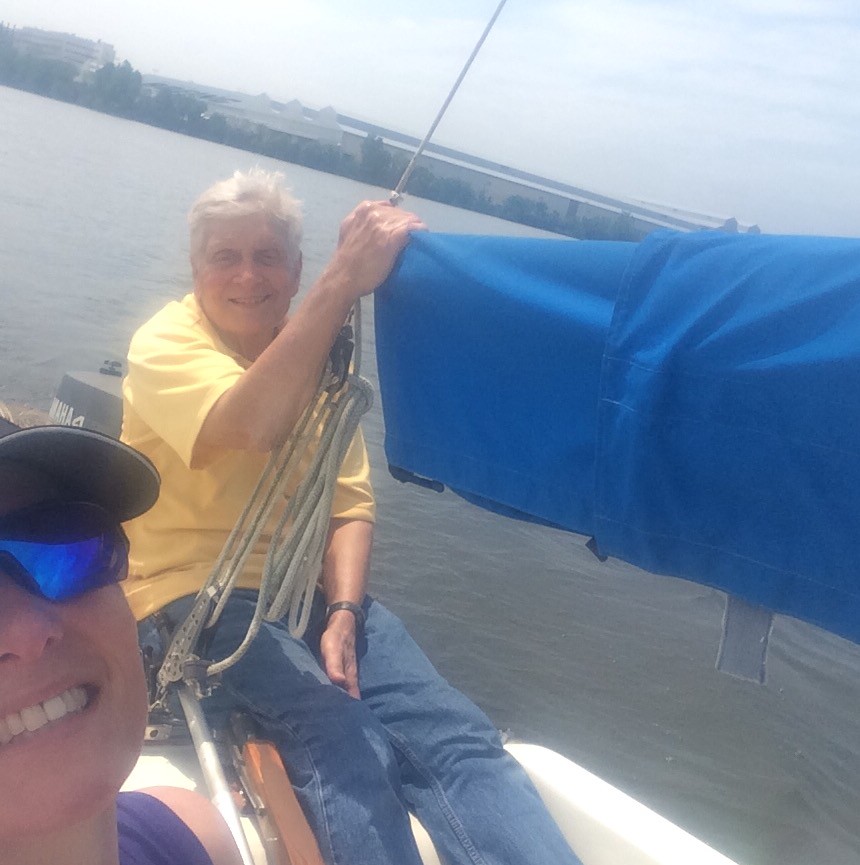 And then god knows what we were thinking, we took the Platt bridge headed back. While there is a pedestrian sidewalk, that is seriously the longest 1.66 miles I've ever ridden. My face was frozen in a rictus of fear at the possibilities of getting stuck, or struck by flying debris (the sounds of traffic were very loud) and horror at the disgusting smells emanating from the factories nearby. Dead things at the side of the road on the way over, too. Ok maybe I'm being a little dramatic.

But, I'm seriously proud to have ridden 20 miles in the baking sun, and to really see how strong Brian is. I was so glad just to be able to follow him. For once I was not trying to prove that I can do anything a man can do - I just wanted to get to the other side. Let him be the tough guy, I'm not riding over that bridge again (PS it was MY idea!!) 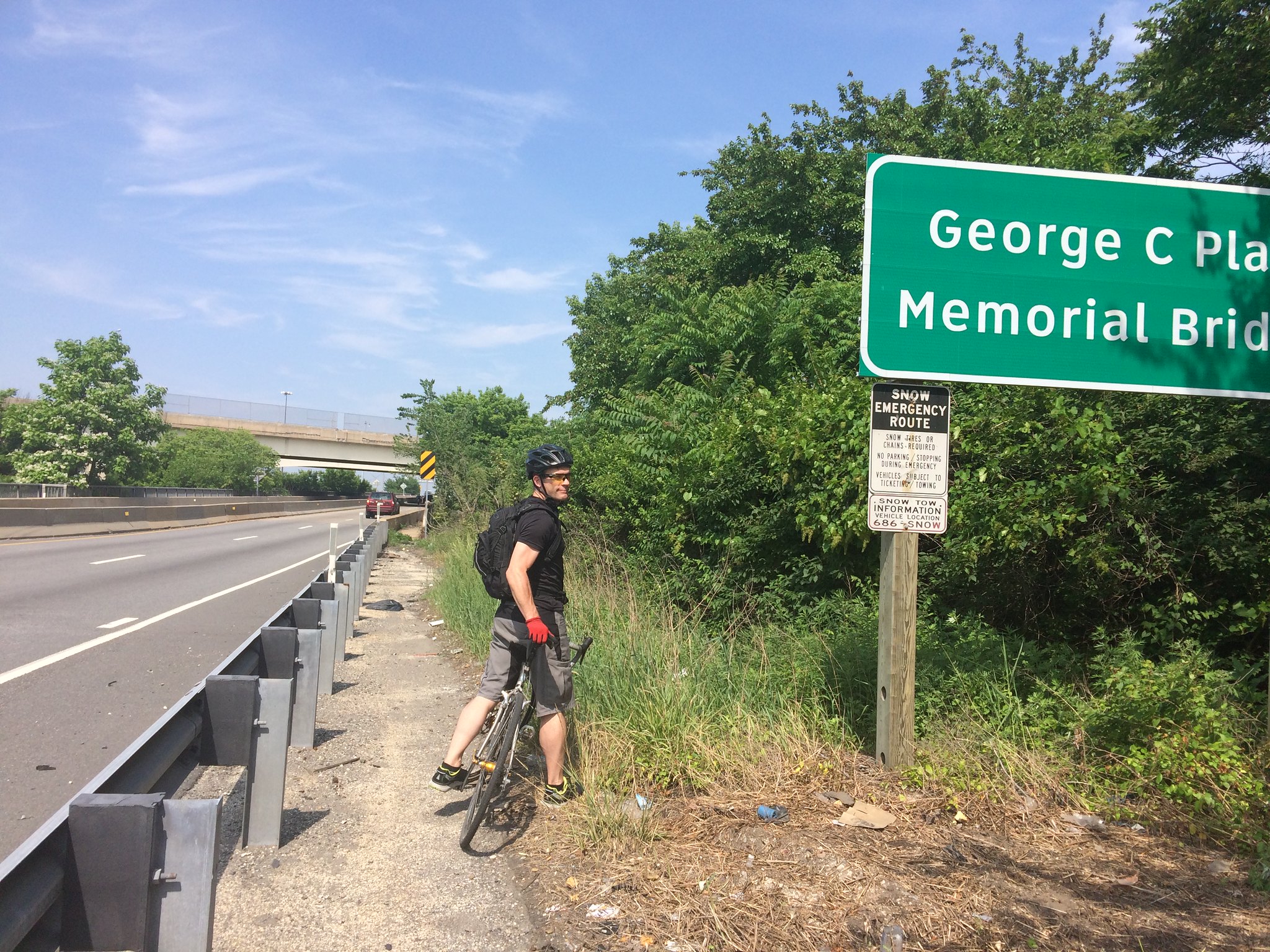 Anniversary Pinnacle Hike. Finally found someone who wants to walk as fast as I do.