I forgot to stop my watch.
Middle - Green Y - Splits

I went to a few controls at the middle model. I'm hoping that the model was not 100% representative of where we'll be running tomorrow.

This was much nicer. Very technical and the woods seemed wide open, but the footing was pretty uneven, and there were plenty of dead tree limbs sticking out, ready to poke out an eye. I think pace counting will be a handy back-up tool for the long.

I woke up this morning thinking that I was going to drive to Portland, ME, for the day. But, as I was eating breakfast, the thought of driving that far was too daunting. Plus, I'm trying not to let my log stay so empty, so I decided that some exercise was needed. One of my other planned day trips was to the White Mts. for a hike, so that's where I headed instead. Peter Goodwin had suggested climbing Mt. Chocorua from a southern trail head. Due to my late departure, plus my plan to also drive the Kancamagus Highway, I decided to use the Champney Falls trail.

I drove through some beautiful woods on my way there and had a teaser scenic view on the way. 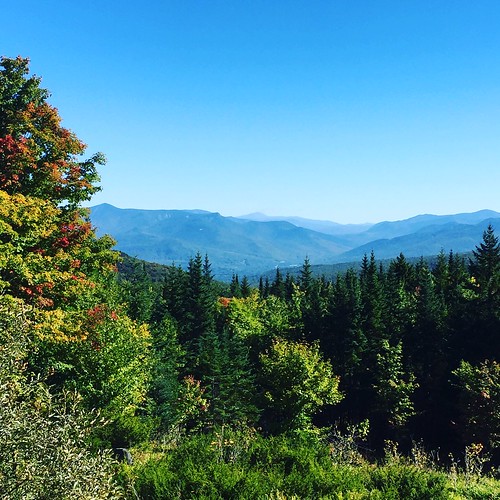 I got to Lincoln, NH, and was greeted by something that seemed very wrong: 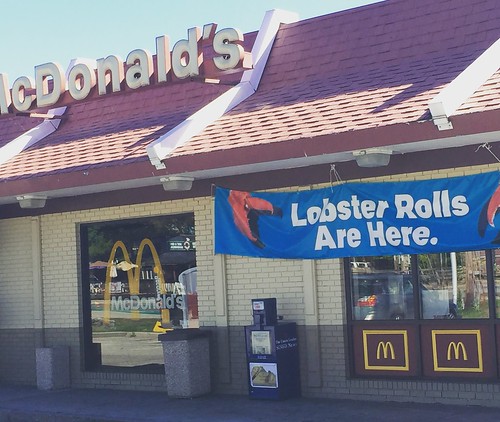 And something that seemed very right: 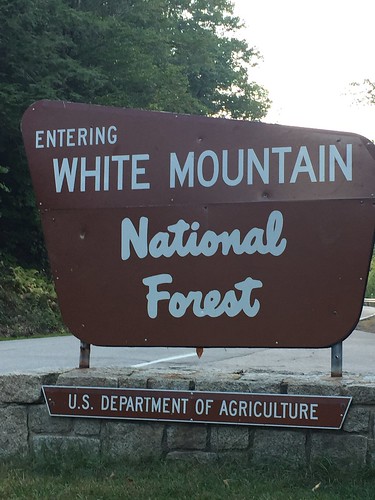 I got to the trailhead around 12:00 and realized that I had left my water bottle back at the cabin. Ack! It was too far to anywhere to get water, so I decided that I would survive, and I took off. The beginning of the trail was quite nice, but after about 1.5 miles, it became very steep and very rocky. I was so glad that it was not a rainy day because I don't think I would have made it.

It took me about an hour and forty minutes to make it to the top. 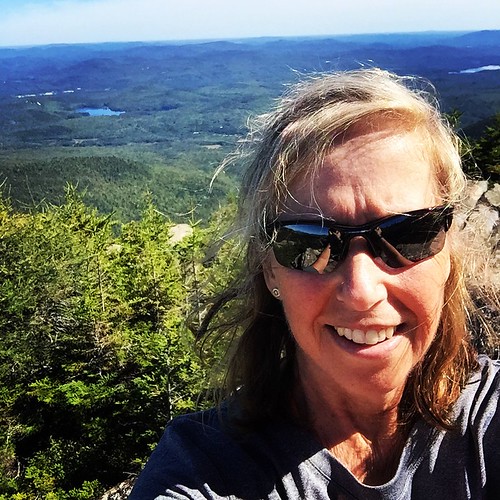 Well, almost to the top. 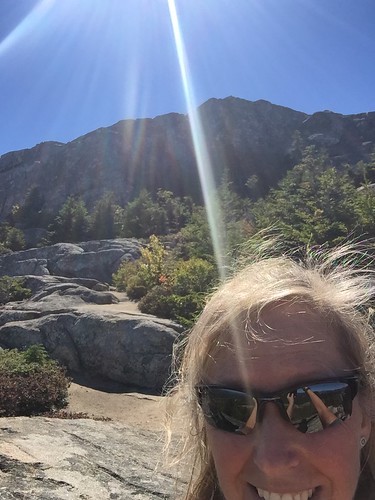 The trail was too hard to follow on the rocks at the top. Plus, I was already worried about making it back down on the rocky trail. Plenty of places to fall and get hurt! 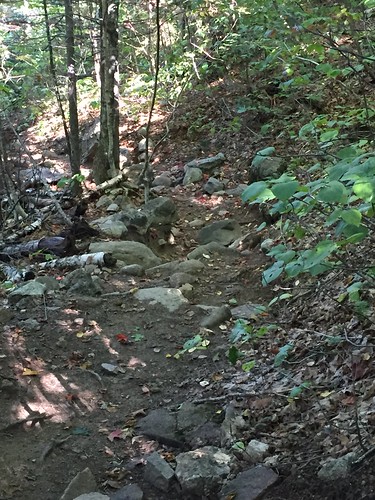 But, I didn't fall even one time! That must be a record for me. On the way home, I stopped at a covered bridge, which was pretty cool. 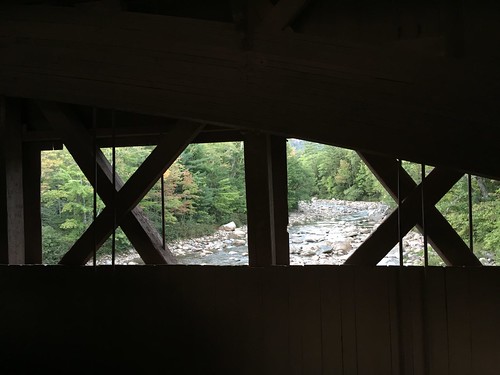 And then the sun was setting, and it was time to go home. 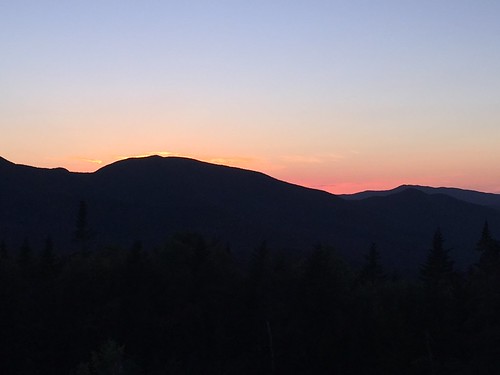 I was going to go mountain biking today until I realized that the trails that my Airbnb host had told me about were on Burnt Mt. So I spent some time picking the last of the cactus thorns out of my tires so I would stop puncturing the tubes. I'll try to find some non-embargoed trails.
C • mountain biking 1

I finally made it to Mike's Maze. Thanks to Peter for having a Part Deux this year. It was everything that I thought it would be, plus about 3" of water over most of the maze. When I first entered the maze for the Classic course, I was confronted with a huge pond with no way around it because it went to the edges of the corn rows. So, I plunged through with water splashing up to mid shin. After that, I didn't even think about the water, except for the few times when I almost went down. Mud is slippery!

I would have been slightly faster on this Classic course if I had started just a tad later. Peter gave the critical numbering information after I started, so when I got to what I thought was the first control, the number on it was 31. I checked my map, and there was no indication of any control numbers, other than 1 - 19. I thought I might be at the wrong control, so I wandered a bit, until I saw George Minarik, and he gave me the low down..."add thirty." Got it. After that, it went better.

The Sprint where you could take the controls in any order. I think I made okay choices; probably not the optimal route. It was a little difficult to keep track of the ones I had been to already.
8 PM

The Night race...after dinner. I had a spinach salad for dinner, and I could feel it in my stomach. I was allotted 13 skips, which made me very happy, until I realized during the first map that it was almost impossible to keep track of how many skips I had taken, and where I was in the course. I stopped at the map exchange to try to figure out how many I had taken and which ones to take on the second map, but when I started to move again, I realized I had sunk down deep into the mud, and I almost fell as my feet were stuck in the mud. Luckily, I just stumbled awkwardly for a few steps before I got going again...thank goodness it was dark!

On the second map, I just skipped whatever looked like it would be a long route and stopped trying to keep track. When I finished, I had no idea if I had gone over or under on the skips, but then Peter said I had taken 13 skips! A miracle.

Another not stellar day. I only made one error...at #2, but it was a doozy.

I was just in too much pain today to move at any speed. Time to try to figure out how to get better.
C • madame president 4
Sunday - Green Y - Splits

Event: 2016 US Two-Day Classic Championships and Sprint Relay
10 AM

After an utter disaster at #1, I was pretty defeated and figured I was just going to have a relaxed day. Which worked out perfectly because my left knee hurt the entire time, and it was difficult to lift my leg very high. This led to a slow, ungainly walk for the rest of the course. Not my best day. I need to do something with my knee.
Saturday - Green Y - Splits