Ran a mostly-Reservoir Loop at the Fells. Not sure whether the clockwise facing markings are better or what but I had an easier time following them this time, with only one major detour.

I felt really good for the first 12 or so minutes and was getting ready to start some steady state stuff when I was overcome with exhaustion. Guess I was a bit too excited about the 65F temps and went out way too hard for my current state. Changed my plan just to finish a loop and call it a good day.

Got back to the parking lot and bumped into three Walkers, two small ones and one medium one.
C • Walkers? 1
C • Excited about 65 1

Easy run after all of us stayed in bed way too late. Hunted some nodes. 20.82%

Feeling a lot more energetic this week so things are looking up.

Saw Keegan's sister Rachael just after she discovered that the Dunkin's was closed due to a power outage.
5 PM

Easy recovery run, hunting nodes. Managed to get out a little earlier this morning but still not early enough. I've been going to bed around 8pm (I am pretty cranky and not fun to be around by 7) but then reading and not actually falling asleep right away, so it's not like I've been getting up at 5. And it's still dark at 6 or 6:30! That's no fun.

Legs felt a little used but it was nice to be out. Saw one turkey and one Ari.

I went from a 15% completion rate for Cambridge up to 19.2%. Cambridgeport and Riverside are *almost* done: 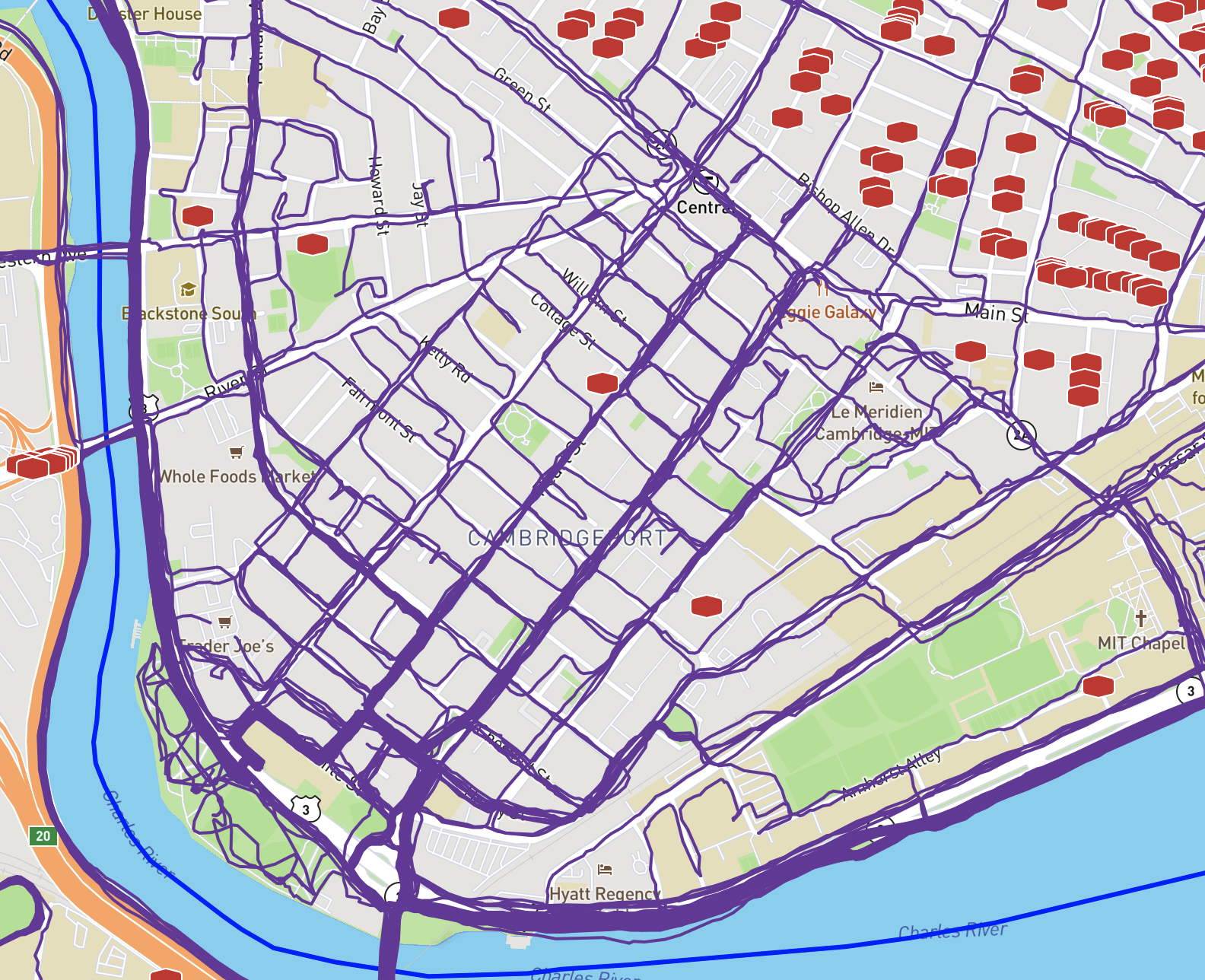 Off to the track! Yay!

Warmup to the Harvard track with 4x15" strides. Workout was 4x800@5k pace with 2' recoveries. I had low expectations based on... everything. I thought it would be cool to shoot for 3:40-3:45 and see what happened.

Started too fast on the first one, and I knew it, but it's hard to back off more than just a little bit with these things. Even though I knew it was fast (definitely faster than "5k pace") I was super surprised that I had popped off a 3:21. I'll take it! The rest were a little tamer. Still faster than whatever I could survive right now for 5k but under control.

Cool down was the trip back home, where I arrived just after Melissa and Lukas had left for school and was able to surprise them and get one more hug. Yay!

Saw and chatted with Patrick who was doing a Morse drop off.