New place near the Pennsylvania - West Virginia border. I was expecting rhododendron, rock formations, groves of hemlock trees, but it was a rather bland forested area.

Messed up the leg from 8 to 9. I was on the road and mentally chose to detach myself from the road when the road crossed a creek. Problem was, I chose the wrong creek. Should have stayed on the road a bit longer. 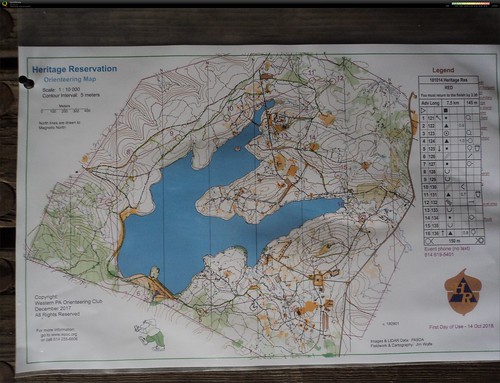 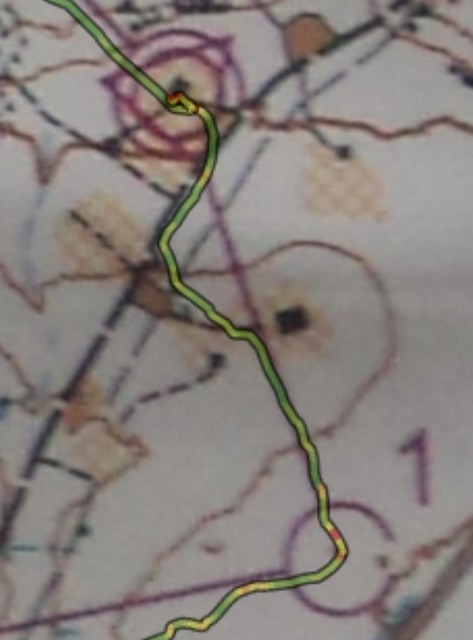 Leg 2: found the ride along the hilltop, kept an eye to the open clearing on the hilltop, and funny thing, stopped, thinking "it should be right there" and I wasn't seeing it, when it was 5 meters from me. My eyes are getting old... Can you see the tiny red dot inside the circle when I stopped 5 meters from the control ?

Leg 3: nothing remarkable to report 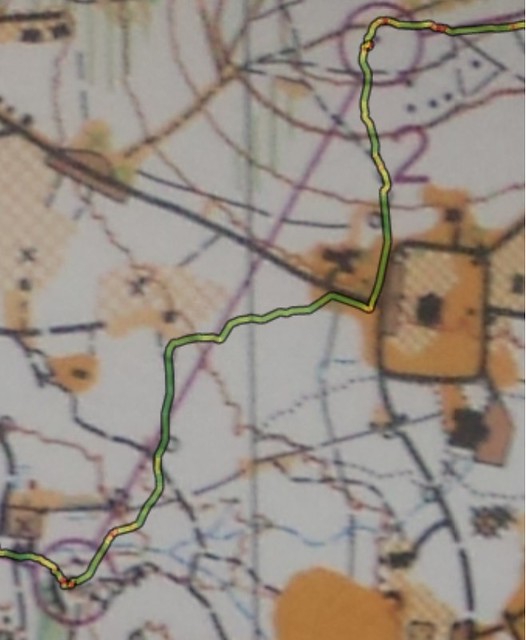 Leg 4: don't remember much about this leg 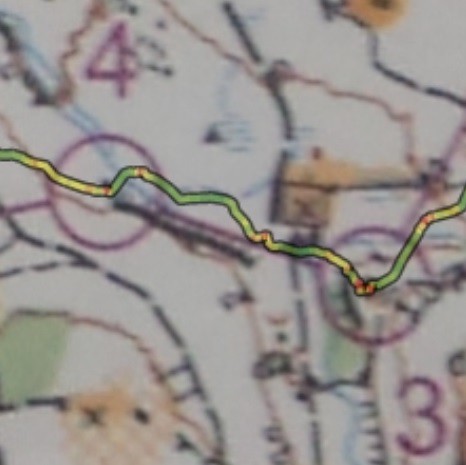 Leg 5: looks like my route was all green except for the final approach. Saw some knolls and thought that the control was behind one of them. (red dots on my route). I was wrong. The control was further down, tucked in a veggie corner 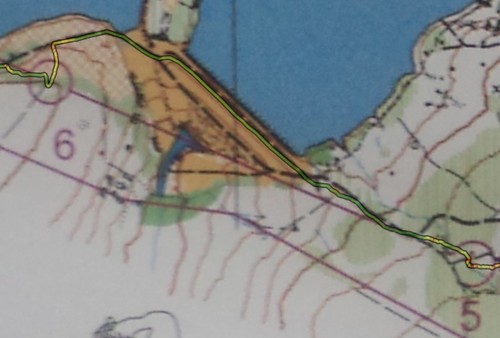 Leg 7: in the final approach, stayed on the high ground, and when I spotted the control, ran downhill to it. 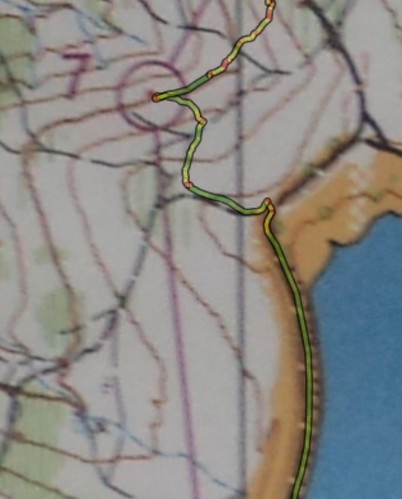 Leg 8: somehow, messed up this one. After crossing the first jeep road, was going uphill, when I encountered a forest road. I was confused, as I didn't expect it (on the map, it was marked as a ride). Continuing uphill, I encountered a second forest road. That road had a little hilltop on the north of the road. Looking at the area around control 8, I notice that it has a road, and a little hilltop on the NorthWest. Was I in that spot? so, went looking for the control, and of course it wasn't there. So I stop and carefully study the map, and then realize that there was a somewhat parallel situation up north. And so I went and found it no problema. Talking to Jim Trautmann, he said he experienced the identical perception. 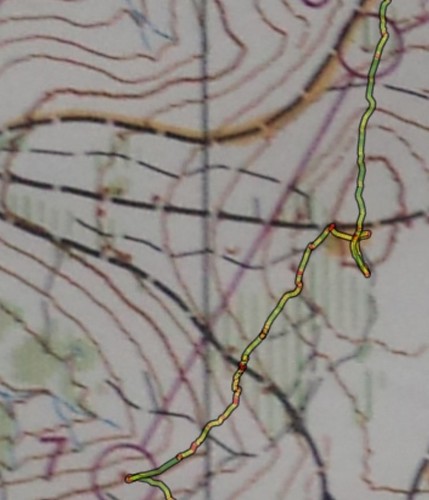 Leg 9: screwed up on this one. After 8, went on the large gravel road and ran. Made a mental note to myself to detach from the road when the road goes over a creek. Problem was: I chose the wrong creek. Should have stayed on the road until the second creek was encountered. Once uphill on the forest road, got fearful that I overshot the control and went back a bit, until I saw the trail going to the lake. So, to find the control I started identifying each knoll on the side of the forest road. The control was in a depression and not visible from the road. 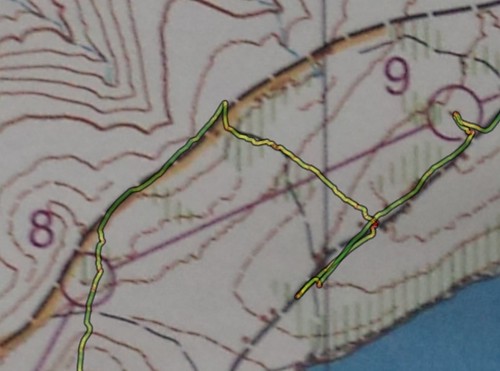 Leg 10: no issues here. Saw the faint trail in the reentrant, and used that as attackpoint to veer off the forest road. 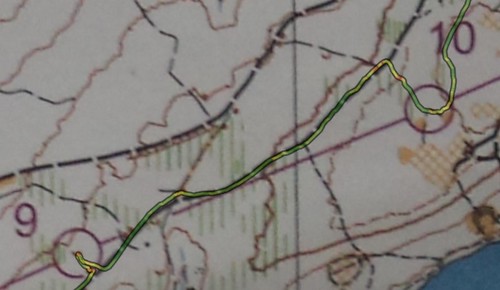 Leg 11: no issues here. Long run. The red dot is where I stopped to remove my long sleeve shirt. It stopped raining, the air got warmer, and I got warmer. 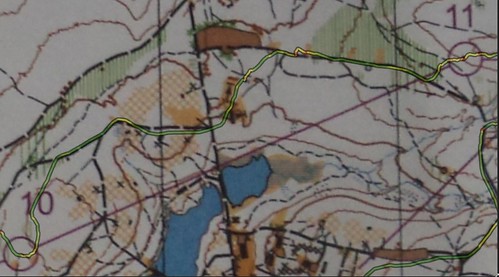 Leg 12: stayed high and followed down the spur 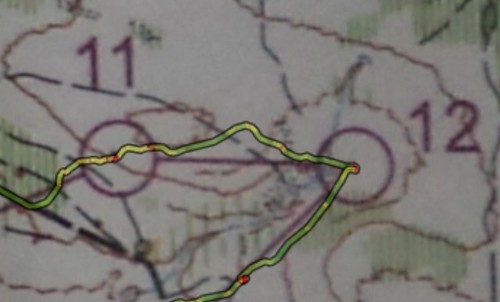 Leg 13: run on forest and gravel roads, grassy downsloped lawns, and zero in-ing into a chute between two small building structures, only to find myself at full stop, wondering where the control was. Upon closer look, noticed it was right on the south of the westernmost building, and that is where I went looking. Tucked below in a depression. Clever. 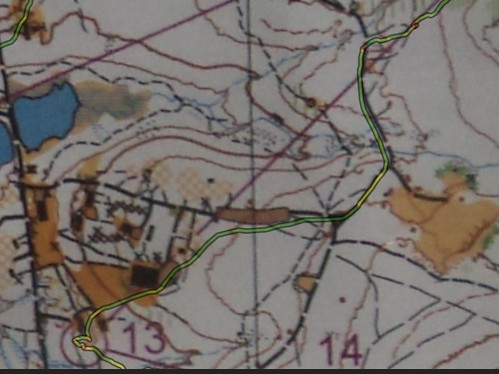 Leg 14: crossed the creek and somewhat went up a spur 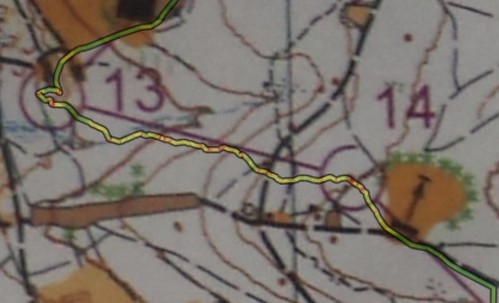 Leg 15: Somehow screwed up on this one too. Went downhill traversing a a bit, and said to myself "as soon as you hit trail, take it", that is, the trail marked going from West to East. The control is right next to the trail. Never saw the trail. Hit the road, thinking to use the curve of the road as point to leave the road and enter the woods, but apparently I was much more downhill than I wanted to. Made the mistake of not "reading" the terrain slopeness, as it went from steep to not-so-steep. Should have stayed at that altitude, instead of descending even more. And once on the gravel road, missed the small parking area (marked as gravel, but in reality it was grassy - i know because that is where i parked my vehicle during control pickup). Once I realized where I was, as I could visibly see the bottom of the road, I then went on a straight walk on somewhat uphill woodsy terrain and zeroed-in on to the control. 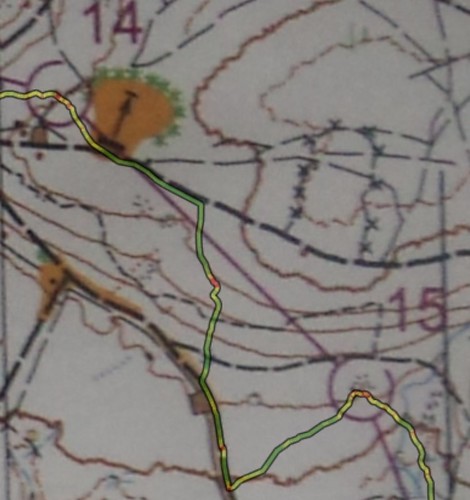 Leg 16: trotting downhill, across a creek, jumping between logs and ferns, find myself on a retaining earth bank and a little miniature pond on one side, then a clearing and a gravel road, and the large creek that it was advised not to wade across in the meet notes. My eyes did not see the trail and presumed footbridge on the map, so I waded across the creek, and it was deep to below the knee on a stone bottom, no mud or silt or tree logs on visibly clear water. Safe crossing. 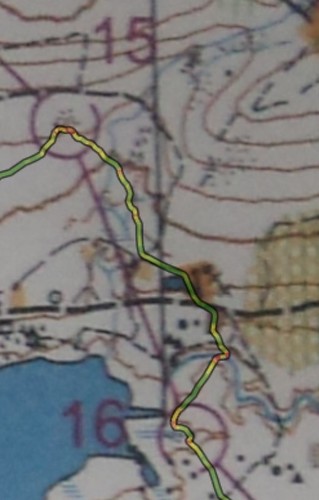 Leg 17: final leg. One could hear human voices of the finish. Went to that direction. Then visually could see the shelter. 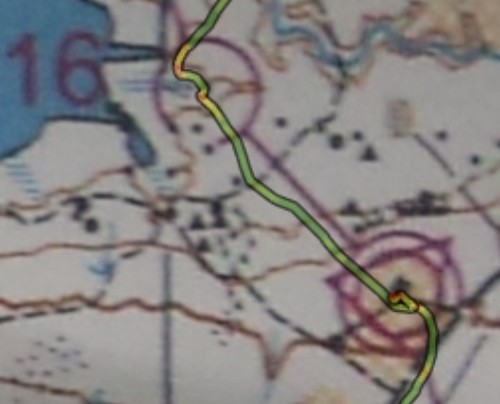