Event organized by Rootstock Racing, called Crooked Compass Adventure Trek, an 8-hr map-based foot race in rogaining style, that used the Sideling Tunnel and the terrain of the Buchanan State Forest. The tunnel is now a recreational destination for cyclists and hikers.

The race started at 8 AM and finished at 4 PM. Most of the participants stayed at one of the motels in nearby Breezewood, located only 6 miles from the race start location. With maps handed out at 7 AM and mandatory meeting at 7:30, there was little time to plan. With the snow dump from the Nor'easter storm that hit the area two days earlier, there was fear that more than a foot of tight snow would be in the area, requiring snow shoes, but a report by the organizers a day before race time, after they returned from setting the controls, reported much smaller snow amounts, that in brief, communicated to the participants that most likely snow shoes were not necessary.

The maps handed out were two competition maps and one PA State Forest trail map. The reason there were two maps was because the race organizers had planned to do a map exchange, in which a second map was to be handed out, but because of the unknowns brought by the sudden snow dump, the organizers decided to hand out both maps at start time. The competition map were USGS map images with a bit of editing to add the checkpoint locations and a couple of trails in dashed black line. Most of the control location did not have a corresponding symbol or map feature on the map. So, for example, if the clue sheet said "cascade" [aka small waterfall], that symbol was not going to be on the map (but the stream was). The first map revealed the checkpoints on the south of the PA Turnpike. The second map revealed the checkpoints on the north of the PA Turnpike. The supplementary map displayed additional forest roads and trails that were not on the competition map. The two maps could be combined into a single map. Too bad that the road and trail information that was on the supplementary map wasn't implemented on the competition race map, but that would have required much more work and drawing and editing. One's gotta race with what you got.

Checkpoint B10 was worth 3 points, and everyone was looking for it, but it was hardly visible in a cluster of thick rhododendron bushes. The other checkpoints were easier to find, as it was a matter of just following snow tracks. A cute checkpoint location was a hole in the median, described in the clue sheet as "Drainage access in highway median, hanging underground under two pieces of guardrail". Another fun checkpoint locations was inside a culvert. The tunnel was lots of fun, with an ice column from ceiling to floor. A bit of confusion on the clue sheet description for checkpoint F3, "Tunnel entrance, south side", maybe a more appropriate description should have been "Culvert entrance, south side", since it was a 1-meter wide culvert under a road, and not the nearby highway tunnel. Also, there is a red circle on both maps to indicate the highway tunnel entrance, but no orienteering checkpoint flag, which was confusing. And the F3 label is placed closer to the tunnel entrance (non-checkpoint) circle on one of the two maps. Add all that, with the clue saying "tunnel" instead of "culvert", and there you go, definitely someone for sure got confused. A pet peeve on mapping checkpoint labels, the label for checkpoint H was placed right next to existing black lettering and right under a East-South black line, which made the "H" read more like an "R". Maybe a better spot should have been on the area northwest from the circle.

The organizers set the checkpoints F1-F2-F3-F4-F5 as mandatory and to be done in that sequence, so to direct the overall direction of general movement as going clock-wise. The last mandatory checkpoint was on top of a rock outcropping that was an uphill quest that sapped much energy at the end of a long race, not such a great choice in my view. From that moment on, the choice of the checkpoints on the southern map was such that, no matter what, even if not visiting any of the checkpoints and trying to reach the finish in the quickest way possible, there were no short-cuts available. In short, should you realize that after reaching the last mandatory checkpoint you were late, there was absolutely no way to choose a time-saving route that would have allowed you to reach the finish, even without visiting any additional checkpoints (a course design flaw in my view). But overall, an outstanding event, and really happy that someone produced this outdoor happening, bringing together people from far-away places that have fun looking for checkpoints in a challenging natural environment. 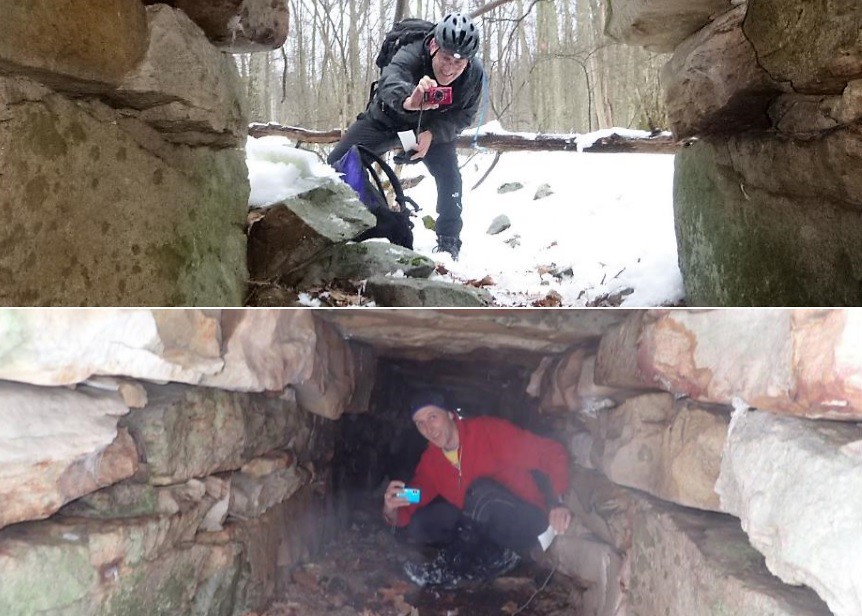