My eyesight isn't great at night, so I wanted to restrict the greater majority of controls to daylight search, and planned my route so that the long return from the corn maze, on paved road, be done in the later part of the race.

missed:
At 6:00 PM, was at 40, and decided to drop 52 and 31 to reach quickly the towpath. Was very cramped up, since I had no water left and the water stop at 33 had only four empty one-gallon jugs.
At 7:00 PM, was on the paved road near 3, and decided to skip 3, 51, 2. Was too much in pain, and didn't feel like venturing into the woods again, also because of dark conditions. The paved road never before felt so nice and pleasant as now.

Heard one experienced person could not find 37. On the south, there is another creek with a deeper reentrant that may look like the one where 37 was.
Heard another experienced person saying that they lost much time looking for 65 when coming from 45. In my case, it was no problem, since I was coming from 56, and the trail bend nearby was a convenient attackpoint.

While walking on the towpath at 6:20 PM, my legs cramped up, was mentally on the verge of calling it in, to tell the organizers to come and pick me up at the corn maze. But once I got water, I felt much better, and regained confidence that I would walk to the finish. Yeah, 4 gallons at the water stops are definitely not enough, considering that for each CamelBak bladder, a half-gallon may be needed, which means that the 4 gallon at best served 8-12 participants.

route on the majority on found controls, as shown on a 3-hr competitors map

Here is an animatiom video of the entire route.

Was complaining to myself that I was late in my game plan as I reached Peninsula at 4 PM on my counter-clockwise route, a bit late to sweep the course, and with only 4 hours left, but then, it turned out a bit of a blessing, as I was able to connect with a bunch of folks I knew were meeting at the Winking Lizard Tavern at exactly that time. 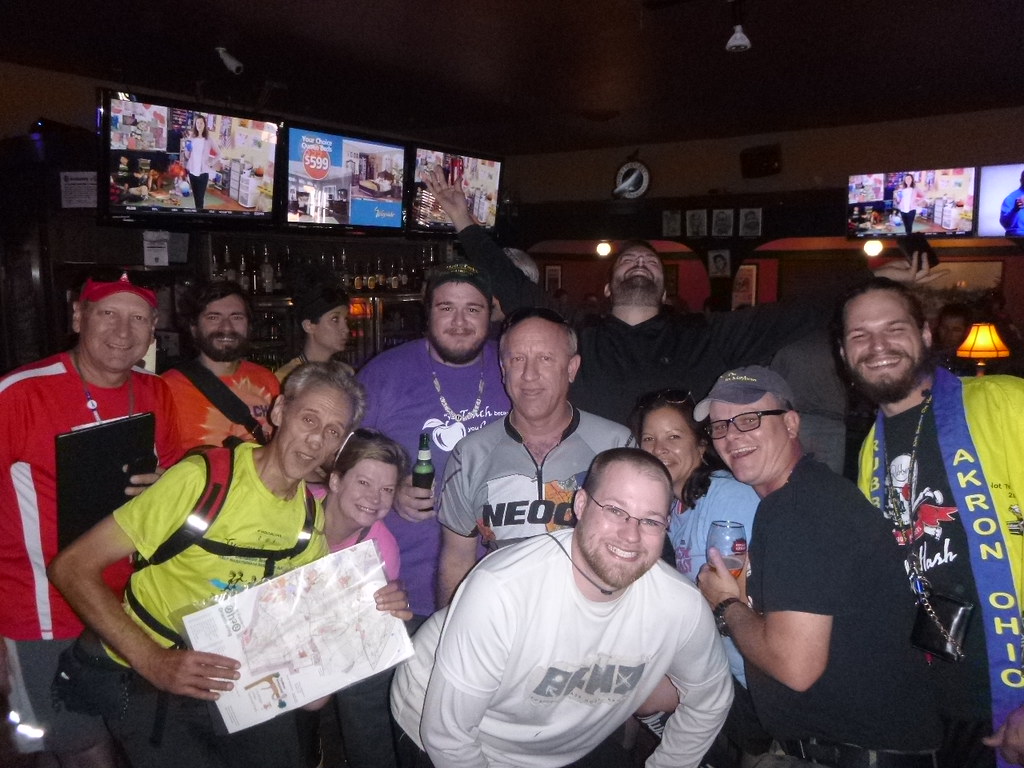 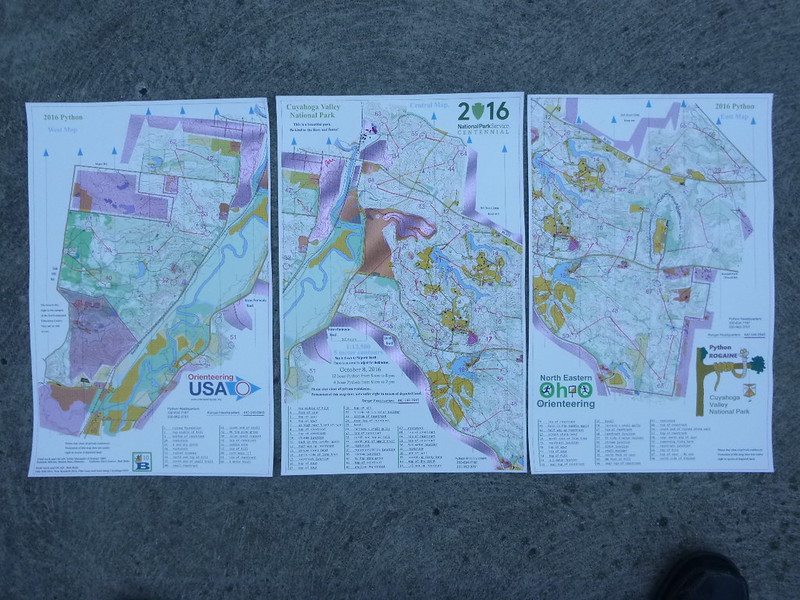