Day 1 at Letchworth was pretty brutal for me. Climb was killing me and my distance in Mi was longer than straight line in KM! Nav mostly went pretty well with 3 big errors (5 min or so) and just overall really slow. We didnt each lunch before hand, and I ate both my Gu before I was half done. By the end I was starving and dead. Water was along roads and trails instead of controls, but was available along the obvious routes so I stopped 3 times. Map was printed on two sheets with a flip at control 12, which i had no idea what that meant on the clue sheet.

1- didnt mess up the first control!
2- took the long way around on the trail
3 - Took the trail, longer road route may have been slightly faster/easier, but the trail was pretty
4 - straight. slight bobble after walking right past it.
5 - long way around on the trail N to avoid the crazy cliffs. Lost the trail for a bit but picked it up again.
6 - straight
7 - road to trail. Got to it with 2 other guys, but then i messed up the approach and they got ahead
8 - turned in a little too early
9 - first big mistake. The hill was too daunting and i got pushed down it instead of climbing it. Eventually saw a flag only to figure out it wasnt mine, and i couldnt figure out what feature it was on. Took me a little bit to figure out what happened and get back on track
10 - straight and careful
11 - out to the road. Looked to tricky to stay on the side of the hill
12- out to the trail to grab some water
13 - trail to the rocks then cut in
14 - second big mistake. Decided not to go out to the trail, but i got pushed up and down a lot and didnt keep good pace counting. I ended up really confused and again found the wrong flag and couldnt figure out what it was on. Eventually i was able to correct based on the stream crossings.
15 - straight and careful
16 - straight and careful
17 - trail to creek
18 - third big mistake. so many people wandering the woods and the wet stuff wasnt very wet which made it more confusing and vague. I was spent at this point and not thinking straight so it took me way to long to reattack, and even then I missed it up again!
19 - a sad walk up the hill
F - a sad attempt at running up the hill to the punch 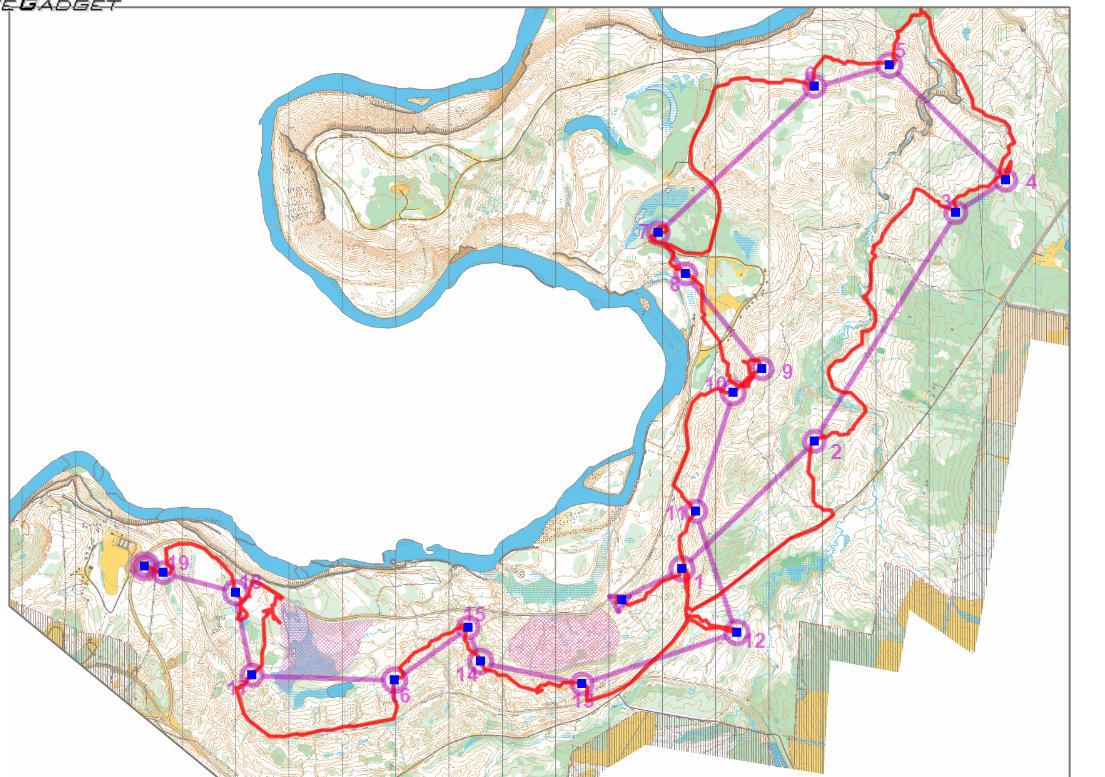 Hills circuit. Traffic wasnt too bad, but it was starting to get pretty dark, probably should have decked out with more lights.

Got stung by a bee. This is the third time this has happened while road biking, I don't get it.

Fast start following roads and trails to get around the pond for 1 and 2, which spelled doom for 3. I cut in off the road too early and in my overexertion took way too long to realize my mistake and correct it, 7ish minute error.

Saw syd as I excited 4, meaning she had already caught up 5 minutes on me, and we would leap frog for much of the remaining course, although seldom saw each other until we were within the circle. An excellent display of tortoise versus hare, as I would speed ahead on trails and then flub the flag, and she would take it slow and steady and hit it right on.

5-8 went fine, altought I missed one trail and ended up in head high thorns along the power line unncessarily.

9 was at a very indistinct "corner of a vegetation boundary". I headed straight for the last pine tree, and no flag. I ended up reattacking from a trail/stream intersection and pacing, and found it this way, but another few minutes lost and just in time to lead syd right too it, argh!.

10 was a climb, but i was actually able to jog most of it.

11 I got ahead of syd on the trail running, but had to stop to get a thorn out of my heal, and then pee, and then i overshot it, so syd passed me and I caught back up at 12.

12-14 were fine, then i totally miffed 15. I went S and syd went N, and then I got really confused with a field that didnt quite match the map, and I wasnt sure where I exited it. Saw syd leaving 15 and was able to backtrack to find the flag, but another few minutes lost and just some really bad nav on my part.

Need to focus better next weekend! But physically I actually felt pretty good, so Ill take it. 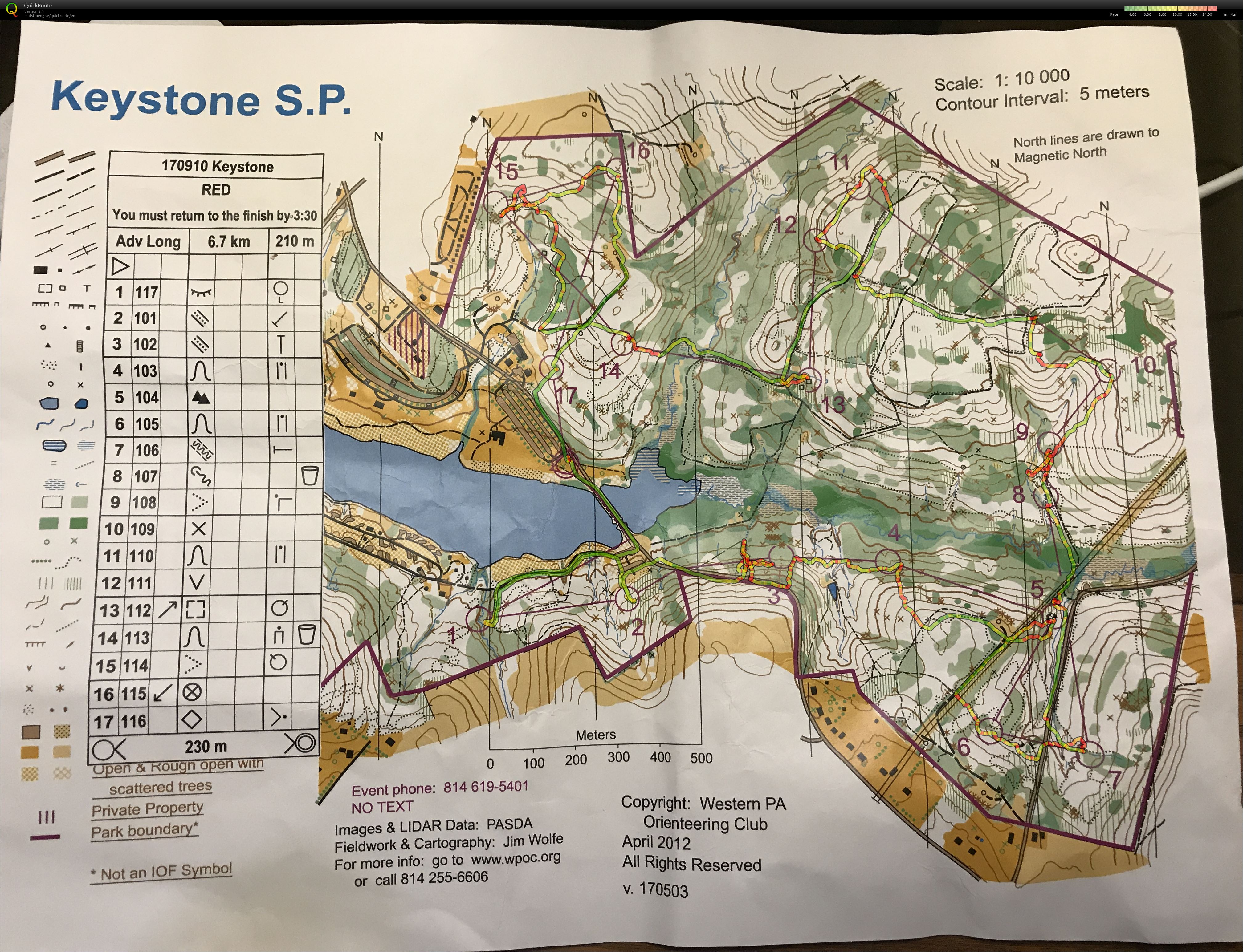