Mt Clear. Happy with this one, ran well, read the map well, only overshot 1 control by ~20m and 1 possible sub-optimal route choice. Good course, well worth the 3 hour trip.
No pain in the R calf! big improvement since Easter.
PS the new ISOM spec for point features (e.g. boulder cluster) is really dumb, they are way too big.
Course analysis - lost most time on the speed legs (1-3,10-F) rather than the navigation (4-10) e.g. conceded 4 minutes to Slats 1-3, got back 2 minutes up till10 and then lost 2 to the finish.
1 Hit creek well below junction which I was hoping to see, but still picked the right gully. Walked a bit up it.
2 Steep hill, walked most of it. Just aimed off by going a bit up hill till over the creek and then straight up.
3 Somehow managed to walk up the wrong gully from the open, but it ran out too early so I knew something was up. Went right and got into the correct gully. Wasn't fully confident until I got over the ridge and onto the bare rock (saw a lost Matt P here). From there read the boulders into the circle, but overshot it a little - went to a more prominent cliff 20m further on and saw it from there (-30 secs). Punched just in front of Zoe, Michael R, Matt P, Terry G, Phil W and Kathie D.
4 On the compass. Running down the gully saw a big clump of rocks on the left and then a smaller clump straight ahead. The map had the wrong emphasis by mapping the smaller clump as a boulder cluster i.e.with a bigger symbol than the other clump.
5 A little bit right and corrected in the swamp, after correctly guessing it was the second one. The rocks on the left looked really close but then the ones I wanted popped up in front of me.
6 Ran pretty quick on the south needle and saw it on the right. Best split of the course 1 second off the fastest.
7 Compass again, worked really well
8 Fairly straight. Ran along the main creek for a bit until it started down steeply then contoured through the gully on the right: then it was just north up the gully and straight ahead on to the scary flat area. A bit surprised to come straight on to it.
9 A route choice leg and chose left as being a bit safer. A couple of contours extra but a very safe entry in to the control down the gully going NW.
10 Got the right level, but a little hesitant in going to the right boulder
11 Probably should have descended a bit earlier
12 Again got the right level and the flag was straight ahead
F Went straight down the hill and got stuck in long grass on the flats near the creek. Should have stayed as left as possible from 12.
C • Controlling.... 3 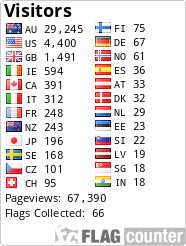 all weeks | months | years | as calendar