Valerie is crunching numbers mightily, lots of data needs massaging. With luck, splits before too long.
Advertisement
May 24, 2010 1:48 AM #
gordhun:
VERRRY INTERESTING! It must have been a pretty good goat course. Thirteen different controls were skipped. But six of the first nine skipped #14 and all of those took the right fork (whatever that was).
Of the first ten finishers those who skipped a control other than 14 only one took the right fork. Was there an obvious relationship? Looking forward to seeing the event on Route Gadget.
May 24, 2010 1:52 AM #
Cristina:
Judging from the map (I wasn't there) those who skipped 14 and took the left fork probably like climb.
May 24, 2010 2:10 AM #
Rosstopher:
I was planning on taking the right fork, but saw that Boris had a pretty good lead (~30 seconds maybe) on me going around the lake. I pushed hard up the hill (shorter forking, way more climb), but was ultimately unsuccessful in my attempt to head him off at the pass.

And yes, it was a great goat course :)
May 24, 2010 2:15 AM #
PG:
The course is here (Boris route) or here (my route).
May 24, 2010 12:39 PM #
PBricker:
Results of all courses and lots of pictures are on the NEOC website. The meet write-up with jockstuffer and club awards is coming soon.
May 24, 2010 1:02 PM #
RickD:
Phil--great course. Lots of options for skipping, each with slightly different pros and cons. The fork was interesting, though an easy choice for Susie and me--we would have gone any extra distance to avoid one more line of climb. Great job course setting, and thanks to all the others who helped.
May 24, 2010 4:46 PM #
stevegregg:
On a quick glance at the map, 20 does not seem like an unreasonable skip, and was in fact chosen by 10 people. However, that skip is made more exciting by the fact that about 500 meters of the obvious trail route from 19 to 21 is covered by the control descriptions!

Ross and I are working on getting something to work for splits posting and for RG.

We can not enter easily into AP, because AP can't handle a zero (missing) split.

We could manually enter 1 second for the split time of the skipped split, and those 1 second people will have the best time on that split. I assume that would be more acceptable then no AP splits at all?

For RG, we will have to massage the data in another manner, so that should come in a day or so.
May 24, 2010 9:00 PM #
BorisGr:
I say, let people enter their own splits, since everyone got a printout, and save yourselves the extra hassle!
May 24, 2010 9:05 PM #
vmeyer:
Well, that works too Boris, but how will you handle making the skip obvious, or doesn't it matter?

It wouldn't be that much extra work, mostly pointing out the manual part so people don't start clamoring for action, when it might take me an hour or two to make a new file. ;)

Ah, yes, thank you for the reminder. That is automatic with the manually entered splits. So, as, Boris said, let those who want to see the splits on AP enter their own. That solution works just fine for me. :)
May 24, 2010 9:38 PM #
vmeyer:
And, I may have been mistaken about the automatic AP upload. It may work after all, as long as I don't have any 00:00 splits in the file. Missing splits seem to be OK. I will confirm with Ken and test it out later maybe. I keep learning something new everyday. :)
May 24, 2010 10:42 PM #
ken:
Yes, missing splits are ok for uploading.
May 24, 2010 10:52 PM #
vmeyer:
Happy that I have finally figured out the distinction, Ken.

Missing split is not = to zero split. Yeah! Missing split = easy!
May 24, 2010 10:59 PM #
ken:
Uploading with missing splits didn't work until relatively recently. That's probably the reason for confusion.
May 24, 2010 11:14 PM #
vmeyer:
Oh, cool, Ken! Thanks for adding the possibilty of missing splits. It will make for much less angst in the future. :)
May 24, 2010 11:45 PM #
Nadim:
Ken, since you've already integrated the AP splits with GPS tracks (very cool), perhaps you'd consider going the next step one day whereby you can optionally see other people's GPS tracks overlayed against your own? I still like RG for showing the map used too.

A neat thing with seeing the GPS tracks on Mt. Tom through AP and Google tools is to look via the Earth view (a 3D rendering). Mt. Tom has enough vertical contour that if you zoom-in and adjust angles of view with the arrows in the cirlces in the upper left corner, you can get a good feel for the steepness of the terrain that the race covered. It's pretty good, even though there is some vertical exageration involved. Anyone interested should try setting-up the view of the tracks along the ridge from #14 to the ski area or the first two legs of the race.
May 25, 2010 1:06 AM #
ken:
Yes, I definitely plan to work on showing multiple tracks. I don't yet have plans to add o-maps, that gets complicated for various reasons (some of which are non-technical), but as you said, RG is already great for that, and QR too.

Btw, one trick with the google earth view that may not be obvious is to click and drag the middle mouse (usually your scrollwheel) button to orbit around. dragging the right mouse button does something slightly different, but also cool.
May 25, 2010 2:30 AM #
vmeyer:
Here are the Split times, WinSplits Online from this weekend.

You can tell the skipped split from the two grayed out splits.
May 25, 2010 4:15 AM #
Nadim:
I like the right mouse button for pivoting and didn't know about that earlier. My center wheel only zooms in and out but I can drag the whole scene with my left mouse button.

Very nice about seeing multiple tracks sometime. Next thing we know you'll be adding little stick figure avatars for the 3D view with bubble head pictures of the racers that appear to run the hills. Since as PG announced at the meet that most everyone missed the specatacular Billygoat finish, doing that would allow recreating Boris's and Ross's dashing separately around the lake on the split control legs and smiling as they sprinted, finishing only seconds apart. On second thought, my avatar would probably then appear gimping way, way, way back and also appear to be often stopping to scratch my bubble a lot... Perhaps not such a good use of your time.
May 25, 2010 4:32 AM #
bshields:
Yes, but will Ross's avatar do the head-bob as it tries to run down Boris?
May 25, 2010 6:14 AM #
jjcote:
Sorry about the cluesheet, the placement probably reflected my unconscious bias that the best skip route was shown, since that hillside of parallel contours is wide-open running, and it never occurred to me that anybody would try and take a trail route there. Although for those who are curious, the small trail north of the stream does connect through in the obvious way, while the large footpath that heads into the clues takes you to the.... unconventional romantic interlude zone near the highway rest area (at least, that's the sort of description that one of the fieldcheckers gave me).
May 25, 2010 1:30 PM #
giovanni:
For the purpose of showing the o-map with the tracks, I could help setting up something like this: http://giovanniberlanda.name/Post/Detail/d2a9b5af-...
May 26, 2010 2:39 AM #
jjcote:
Following up on a notion spawned by two other Attackpoint threads... after the 'Goat, Nancy and I went for a little drive down some roads with no names, where we got a helpful warning about the police from some submorons, followed by a congenial conversation with the police officer, and then we tried to find the right spot. Not sure this is exactly right (not up to Waddington standards), but it's reasonably close, and we are talking about a painting. The lighting is way off, but we didn't have all day to wait around, I was really jonesing for a burger. 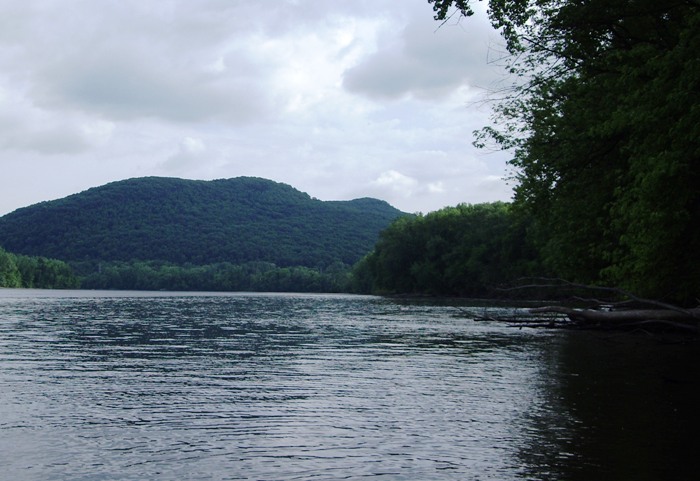 It was seriously cool running completely the other way to everyone else but you worry all the way whether someone's gonna catch you up.

This discussion thread is closed.