Really cool terrain and a generally fun course. But I had an MP today.

It was pretty frustrating since it felt a bit random. Of course we can always say, "just check your codes." But when you're looking for every possible second and you're confident about the control location, that is sometimes skipped.

The MP happened on control 4. After some small errors on 2 and 3, I knew I had to be safer and really focus on visible features. So for 4, I decided to use the depressions in the reentrant and the boulders to the north of the platform. 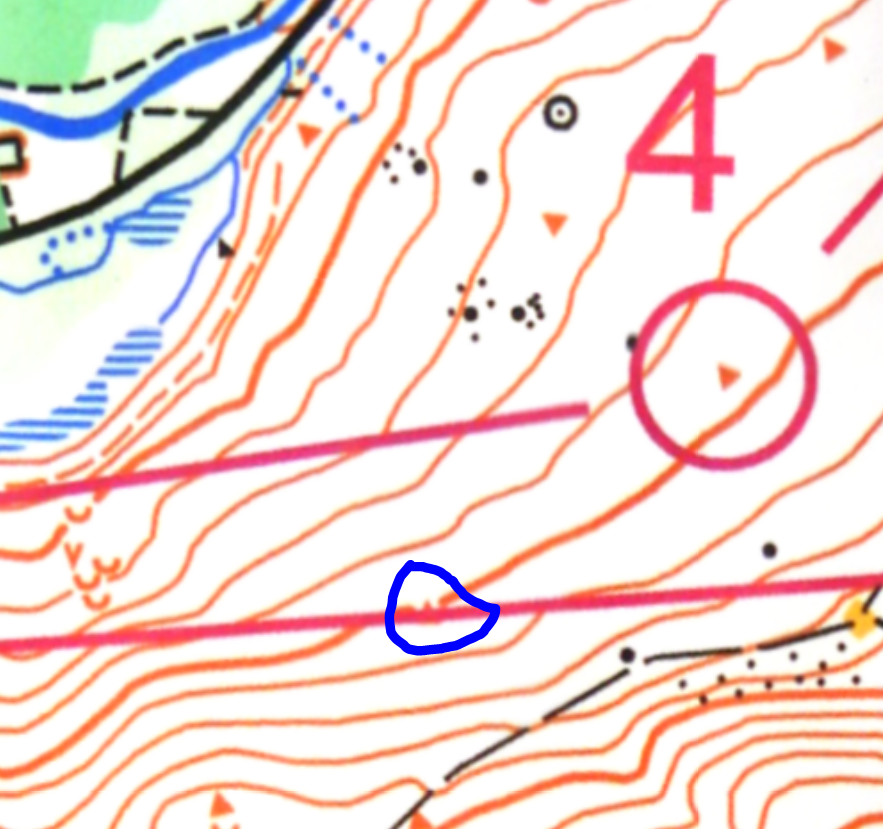 Only thing is that there's a platform covered almost completely by the line with a control on it. And there are multiple unmapped 1.2-1.5m boulders also to the north. So I entered it with so much confidence that I didn't feel it was necessary to check the code. I punched control 34, which matched in the pattern I had seen thus far (33, 32, 31).

So that's frustrating. But I still had a lot of fun out in this terrain. I really enjoy how simple the map is but that it ultimately does offer some really challenging legs.

But the most exciting part of today is that my Achilles tendon pain, which has been on and off but mostly on since March 2016, seems to be decreasing. I'm cautiously optimistic because I've had improvements in the past. But this one seems different in that it hurts less while running AND afterwards.

This Achilles problem has been THE primary limiting factor in my training and competition since 2016. Shaking this could mean a lot in the future.
2 PM

Here's a new project. Democratized Maps. Autogenerated maps that are available for download and use by anyone. Making these maps is pretty useless if it stops with me.

Right now there are only three maps in Northeast PA. But I'll continue to expand it as I develop what I feel our usable maps. Let's enjoy our sport!

Score-O on French Creek Central. Not my favorite bit of French Creek, but still good to get back to looking for charcoal platforms. Ready for Pine Grove!

I meant to post this a few days ago, but was delayed because of the whole move-out fiasco.

At any rate, here are the early results from the new Mocanaqua data thinned to 17 points per square meter compared against the previous map. The newer map is much greener (more on that below)
https://photos.app.goo.gl/HfDkPirFX8iCjf2D7


So, the green looks kinda nasty, but rest assured, it's not that bad. This actually seems to be a really good sign because it looks like this data was collected while the leaves were out. So that gives me some data I can play around with to get an accurate idea of the veg.

I've already made a slope image, a hillshade, and a friend is helping me with sky view factor images.

It is amazing how much I can see. I can see boulders, even some that are too small to be mapped. I can see every turn in a trail, cliffs, rocky ground, streams, and even some areas of double green slash. The images I've posted here are just what I've been able to do with 30 minutes of work.

The form lines need to be cleaned up and several depressions/hilltops are below minimum size. Just a bit more work. Very excited to check out the other 50,000 acres of public land that now have data with this density.

Had to move out of my house in East Stroudsburg in a few hours. Not how I wanted to leave. Looks like I'll be back in Philly until I can find another place in the mountains.