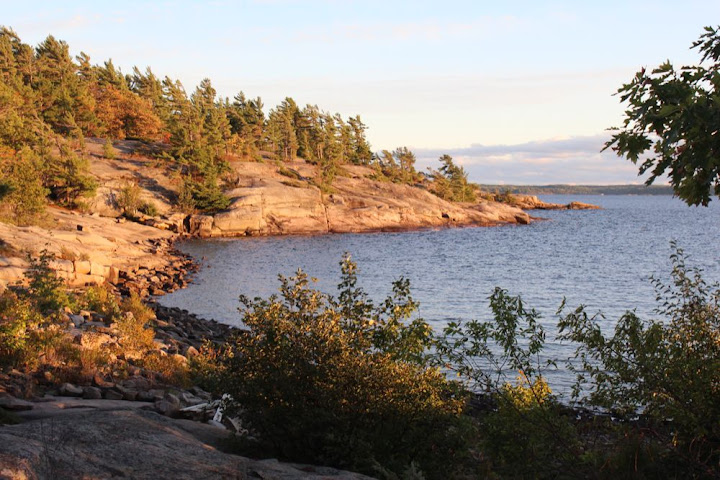 Last up - Old gula stigen perimeter. Fairly wrecked for this.

Legs were wobbly tired at the start, so started not too too hard... sped up at the end. Ugh.

A wee trail run with Wil in Parry Sound. Lovely. The house is amazing in autumn too, and we're about to have bear steak for lunch. Tough life.

No satellites in this part of Canadia either.
C • Gula Stigen (please run while in town) 3

Long drive, Ottawa to Parry Sound. Lucked out with lunch in Renfrew, in a tea room across the road from the town hall, recommended.

Since Pawtuckaway my Garmin no longer finds satellites. It also has a drop of water in the screen. I'm hoping eventually that it'll dry out and recover.

I guess it was the wet nighto that did it. After the nighto, that night I went to the car and found it beeping beeping beeping and saying battery low. It wouldn't turn off, or do anything, other than beep. Well, it would stop beeping while I held buttons down. So I left it to run out of energy. The next morning I charged it for a while and it worked for a while.

In other news, in Peekskill I used to listen to WNYC, the main local public radio station. After national news, there would be local news, people getting shot in front of Empire State Building, corruption investigations and whatnot. Vermont public radio, in its local news, had a story about a cemetery replacing lawnmowers with sheep and goats. Following the news, there was an hour on emergency plans, what to do if your town is cut off from the outside world for a week or two.

Another strange thing. My WHNO ahr seems messed up. I didn't change the field, and the ahr is very different from what clicking on the globe gives.
C • Messed up 1
1 AM

Followed by a good lunch. Just had a cold shower, necessary after overheating in *canada*(?!), and feel much better now. 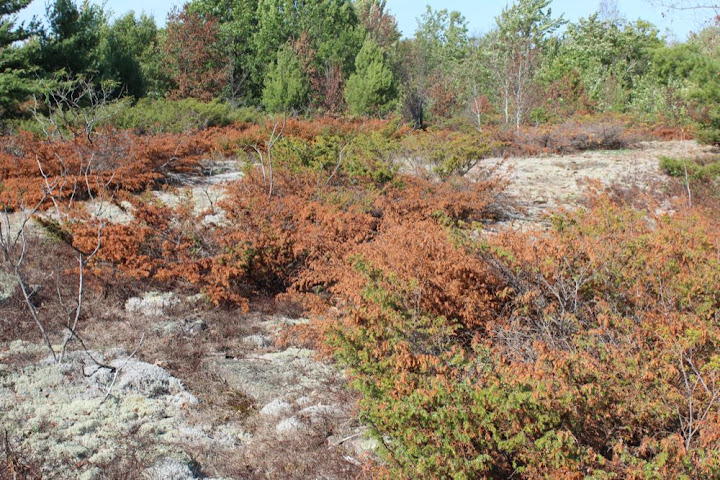 Jog in the woods with the ooc boys. Only tweaked my ankle a couple of times.

Shelburne Museum is way better than Skansen, except it hasn't animals. Well, it has animals, but they are stuffed or carved.

And Carl and Mary-Jo are lovely, as is Ethan's bed. 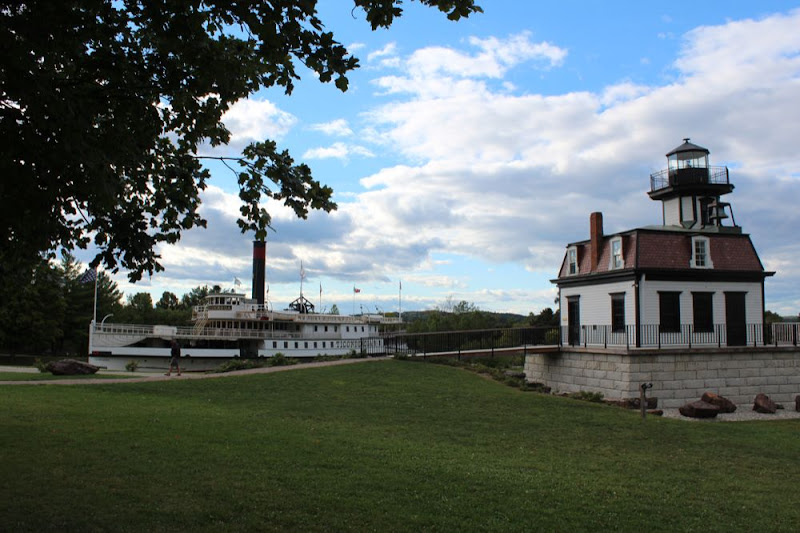