This was a top-notch middle distance which required a bit more focus and fitness than I could muster. 773 wr points, a fitter me could easily (?) break 39 and get over the 900 mark.

Trail to 1, trail route around, seemed like a very good choice given the technical start to the course, although looking at it now, there is a reentrant leading almost the whole way to the control. Hesitated a little once on the trail, and a little coming in to the control.

Hesitated I guess first at the boulder field, then at the cliff before, then went on to two. 15s?

3 was fine, no pressure.

4, wasn't 100% sure where I left the trail, nor of my direction, dropped into the green reentrant, hesitated, then back up to the hill. 30s?

5 past one marsh, over the broad spur, past marsh two (mapped as clearing, wouldn't want to go into the real marsh!), control was easy. Incidentally, I was sure it was the hill, but actually it was a wee clearing that coincided with the hill. Strange choice of description.

7 why so easy, except I went to the wee hill under the black dots that hid the contour. I didn't understand the contours coming in here. I also felt like the control was on top of the hill, but maybe not. It was hidden behind a tree from where I was coming from. 15s

8 accidentally hit the reentrant across the trail, made the control easy.

9 not too bad, if not smooth. thought the control would be on the boulder, but no, w hill foot, which apparently is north of the boulder. Strange choice again.

10 biggest mistake. got to where the hill bent, a little closer to the trail below than intended. Wondered if the bend was a reentrant, wondered if I was too far, went back and up and saw a control on the knoll under the line, worked out what was going on. Crap. 1:10?

11 up the trail a little, then straight line, easy.

12, past the wet clearing again, easy

13 tried going left, didn't understand the map. ended up above the control, which I was expecting.... kept moving, so not disastrous, 25s?

14 around the long way to the left, cut the corner, not running fast. I think someone fitter would have done the route 45s faster easily, which wouldn't be too far off the pace.

15 straightforward, but already pretty tired now for a bit

16 interesting... I wonder if around to the right and over the hill would be faster, not that straight was a bad option. I wavered a little and ended up a little right of straight the first half, so had to swing back left a bit later on, then 50m from the control I winded myself falling on a stone, bruising my chest. 25s

20, not too hard. Then lost my bearing and wasted a few seconds to the last control and the finish, giving Kenny victory in our little battle.

Which adds up to about 3:10 of mistakes... not too good, not too bad considering my lack of training and what fun technical orienteering it was. It felt at times like a dry version of Sweden.
Blue Middle - Splits

7th for fat ol' me, beaten by other foreigners. Fun race, and it felt like I was pushing, at times choking on dry saliva pushing.

Went out of 15 through the green, unintentionally, intended going ssw rather than sse, but it worked out ok.

Pussy-footed through the green at times as I was under-dressed for the occasion.
Blue Sprint - Splits

Went on a Haunted Hayride up in Ulster Park. At one point I laughed for a solid ten minutes. 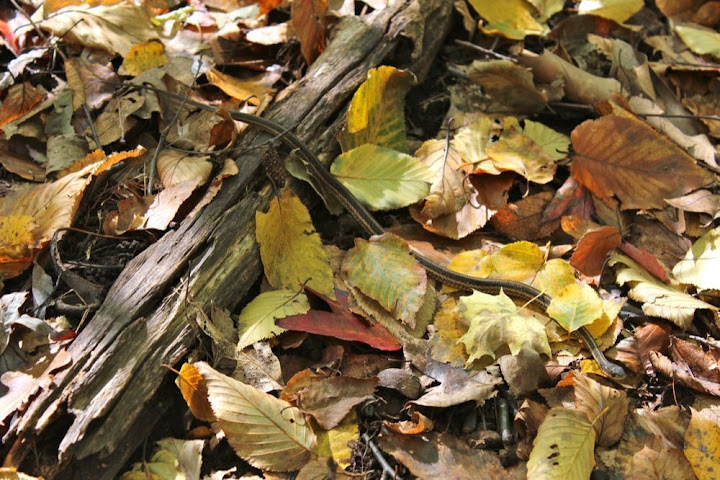 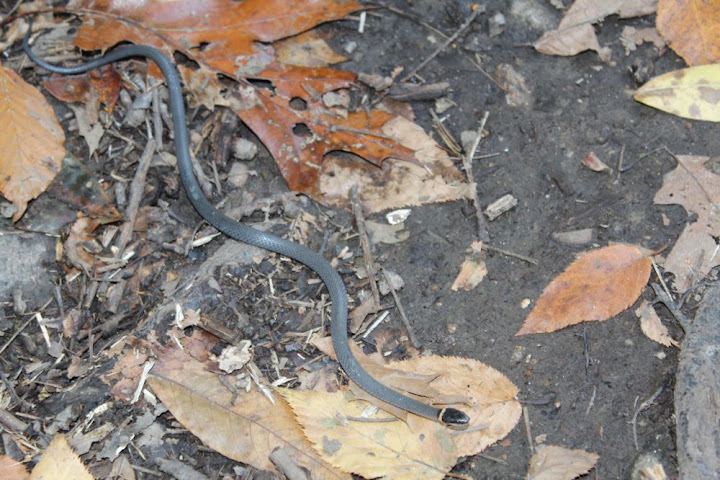 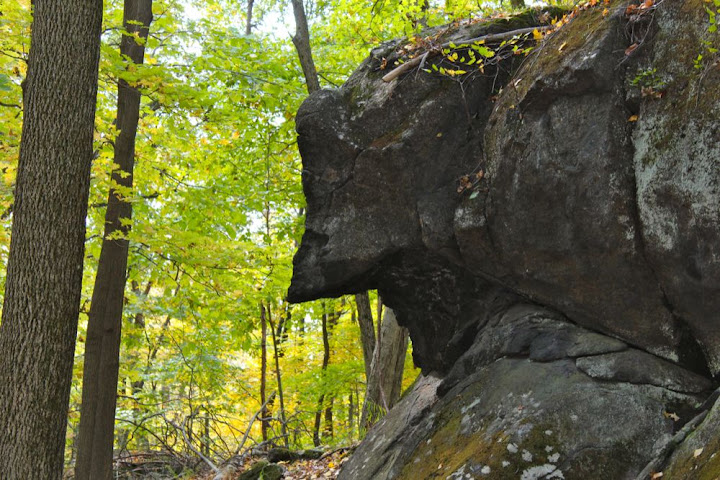 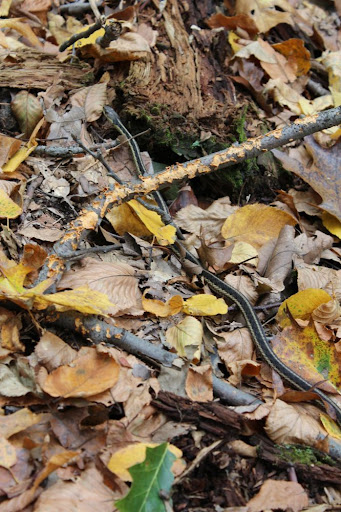 And if they weren't scary enough, 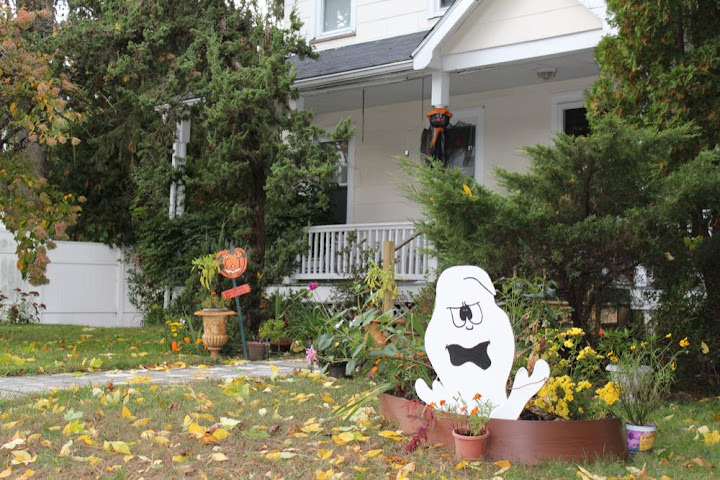 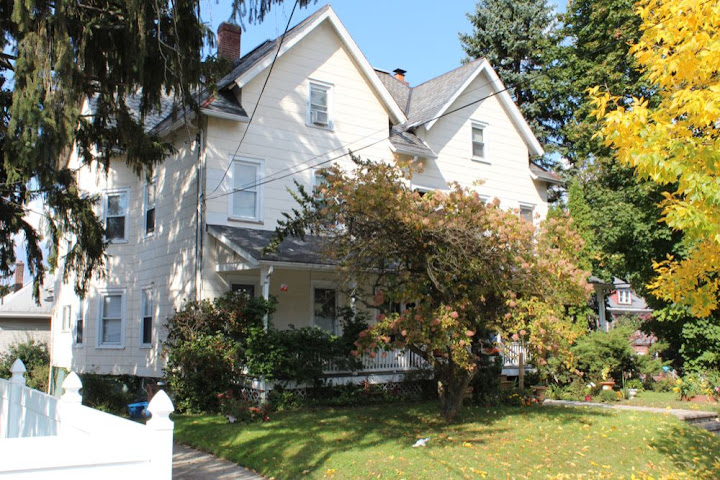 And a couple of houses down, this place flickers lightning at night and eyes appear in the bushes... 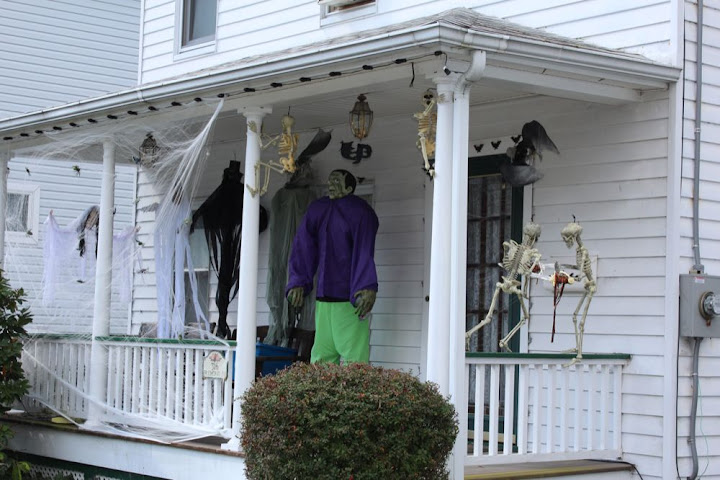